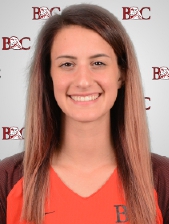 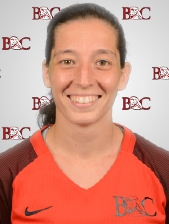 Hometown – Pontevedra, Spain
Position – Midfielder
High School – Sagrado Corazon De Jesus
Intended Major – Exercise & Health Science
Soccer Awards – League Champion, Cup Champion, and have defeated the finalist in four cup championships
Club Team – UMIA CF (Ribadumia, Spain)
Why did I choose Bryan College? – I have chosen Bryan because since the first moment the school has given me all the possible comforts and have proved their interest in me. Also, because I believe that education at Bryan is going to be very important in my academic and personal life. 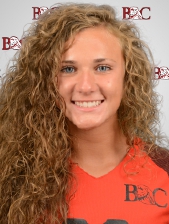 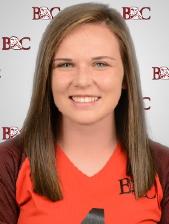 Hometown – Livingston, Tenn.
Position – Wingback
High School – Livingston Academy
Intended Major – Biology
Academic Awards – Placed 3rd Academically in a class of 208, National Honor Society, and graduated with 15 college credit hours
Soccer Awards – Regional and District Defensive MVP, Napa’s Player of the Year, US Marin Corps Distinguished Athletic Award, 1st Team All-Region and All-District
Club Team – All-In FC TN (Cookeville, Tenn.)
Why did I choose Bryan College? – I’ve always wanted to attend a Christian-based college. This school not only provides an encouraging environment where I can further and mature my relationship with Christ, it also offers me the sport I love to play and a place where I can study to become a future NP. 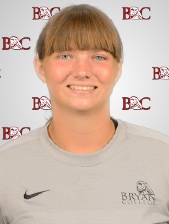 Hometown – Dartford, England
Position – Goalkeeper
High School – Dartford Grammar School for Girls, The Leigh Academy
Intended Major – Exercise & Health Science (Licensure)
Academic Awards – 10 GCSE’s at Grades A-C
Soccer Awards – Four-time Ebbsfleet United League Champions & three-time League Cup Champions, Tina Marshall Cup Champions, Gillingham FC Youth Cup Semi-Finalists, Dartford FC Captain, Select Team member of Kent Schools U16 Squad, Select Team member of Kent Ladies Squad, and 3rd place for League Player of the season
Club Team – Ebbsfleet United, Gillingham FC, and Dartford FC (Gravesend, Gillingham, & Dartford – England)
Why did I choose Bryan College? – I chose Bryan College because I felt that they were the right place for me to play soccer and try and reach my dream of making a career out of it – to become a professional player and one day be selected for the England Squad and try and establish myself as a regular in that squad. After speaking with Paul Babba, the former Bryan head coach, I instantly decided that Bryan College was who I wanted to play soccer in America with. I was told about the achievements of last season, and also the style of football that the team play – which interested me a lot as well because that is a similar style that my team played when I was at a high level in youth football with Gillingham in England, and so I feel that I can fit in very well with this style. 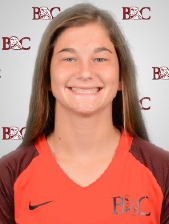 Hometown – Hixson, Tenn.
Position – Forward
High School – Soddy Daisy
Intended Major – Business
Academic Awards – Biology Award and Honor Roll
Soccer Awards – 1st Team All-District, 1st Team All-Region, and Best Offensive Player
Why did I choose Bryan College? – I knew I wanted a small environment where I could make close friends. The more time I spent at Bryan, the more it felt like family. That’s how I knew Bryan was right for me. 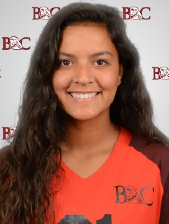 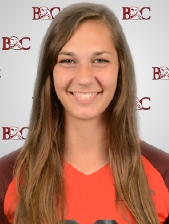 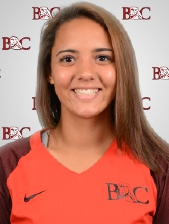