“This begins to give veterans the same choices for their health care that our country has given them for higher education since the G.I. Bill was enacted in 1944.” – Lamar Alexander

WASHINGTON, June 3 – U.S. Senator Lamar Alexander (R-Tenn.) today announced that he is an original cosponsor of legislation introduced by Senator Richard Burr (R-N.C.) that would give veterans the choice to use private doctors or facilities as alternatives to U.S. Department of Veterans Affairs medical facilities, if the VA cannot schedule an appointment for an eligible veteran within a reasonable period of time or if the veteran resides more than 40 miles from any VA hospitals and clinic.

“This begins to give veterans the same choices for their health care that our country has given them for higher education since the G.I. Bill was enacted in 1944,” Alexander said. “Fundamentally, if a veteran lives more than 40 miles from a VA medical facility or has to wait more than a reasonable number of days, the veteran can receive care from a doctor or provider of his or her choice.”

The Veterans Choice Act of 2014 – the second piece of legislation Alexander has cosponsored to address the VA crisis – would seek to reduce wait times at VA facilities in the wake of reports that veterans in Phoenix had been waiting an average of 115 days just to see a primary care doctor. This legislation would allow veterans to choose a private doctor or facility for their federally provided medical care if they live more than 40 miles from a VA medical facility or have waited more time to receive care than is deemed acceptable under the VA’s own standards.

Alexander continued, “The reports that veterans in Phoenix have been waiting for 115 days just to see a primary care doctor are completely unacceptable, and this is not due to a lack of funding. Since fiscal year 2009, funding for the VA increased by roughly 60 percent, and VA health care spending for veterans has increased since the beginning of the wars in Afghanistan and Iraq. Over the long term, our goal should be to build on the model of the G.I. Bill for veterans – which has given millions of veterans access to college – to give them the same sort of choices for health care.”

This legislation also includes the VA Management Accountability Act introduced by Senator Marco Rubio (R-Fla.). The Rubio legislation, which Alexander also cosponsored, would allow the Secretary of the U.S. Department of Veterans Affairs to immediately fire or demote Senior Executive Service employees for poor job performance. Alexander has also sent three letters with Senator Bob Corker (R-Tenn.) requesting information on VA health facilities in Tennessee and around the nation. Those letters are available here,here, and here. 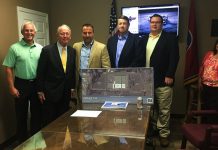 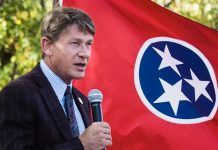 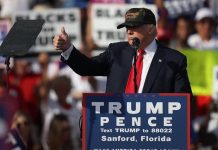