The most exciting high school bass fishing tournament in the nation returns to Dayton, Tennessee, as the TowBoatUS Battle of Chickamauga High School Classic presented by CATCH Ministry is set for Saturday, April 27.  Click here to register online.

Yes.  It’s the tournament that has an actual cannon firing during blast-off, a championship belt, it’s own theme song, food vendors, and features anglers weighing in on a full concert stage equipped with “hot seat”.

This is all part of the atmosphere organizers Fish Dayton and CATCH Ministry have created in order to give high school anglers a once-in-a-lifetime experience in the most exciting high school event in the nation.

This year’s event will feature musical sensation Wade Henry Sims during the pre-tourney meeting and plenty of food and merchandise vendors on hand at Point Park. 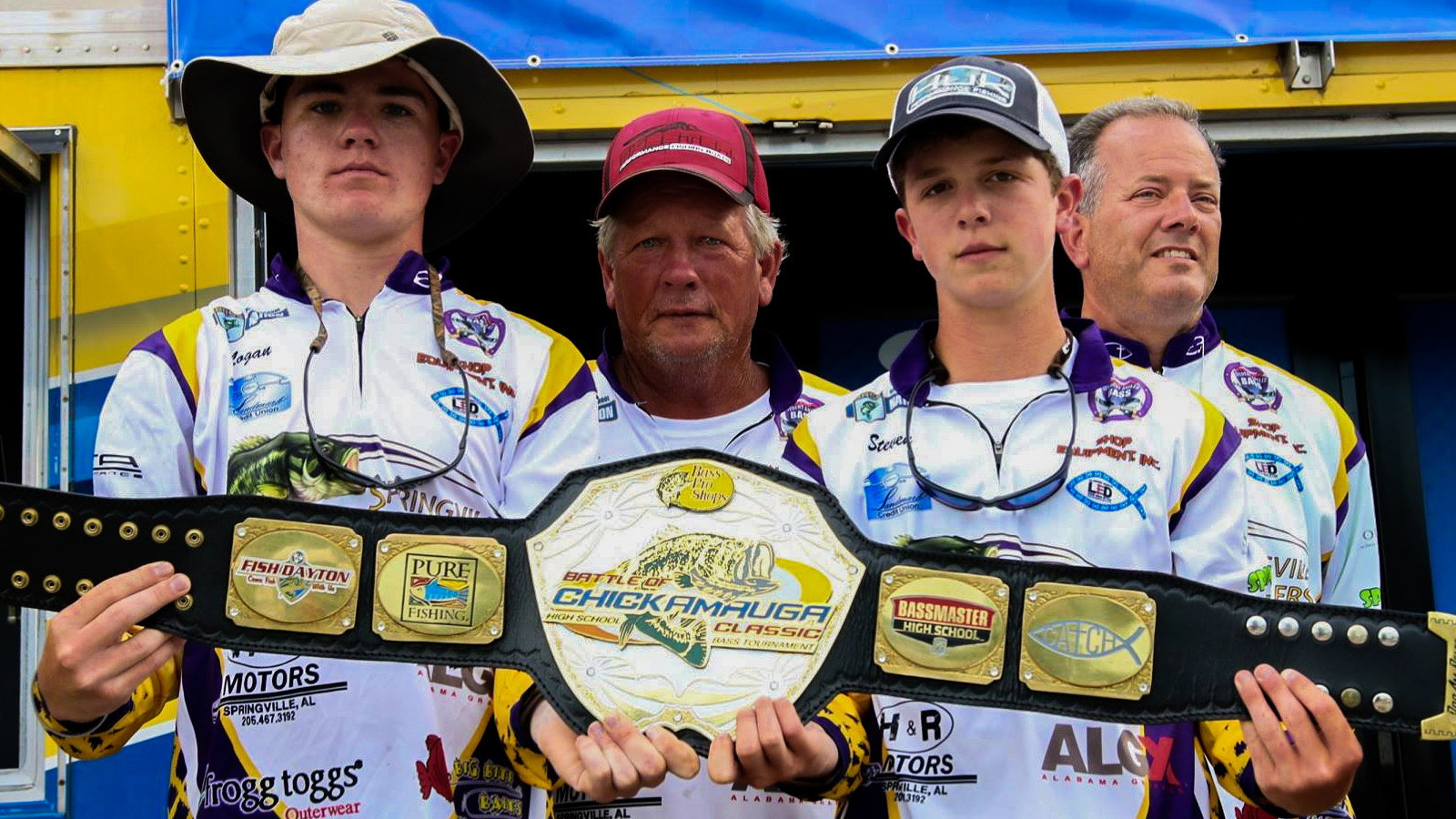 Payouts have historically been greater than 130% of registration fees and this is in part by  great sponsors: including title sponsor TowBoatUS, Bass Pro Shops, Real Deal Tackle, Bunch Marine, Shimano, Academy Sports and Outdoors, Frogg Toggs, and Solar Bat to name a few.

According to Fish Dayton Director Dennis Tumlin, it’s not the just bright lights that draws the best high school anglers from around the country – it’s the chance to catch monster bass in Lake Chickamauga where over 60 recorded double digit sized bass have been caught this year.

“The event atmosphere is one-of-a-kind but so is the fishing.  Where else do you have a chance to catch a 10-pound bass on every cast,” states Tumlin.

Tumlin isn’t exaggerating.  In 2017, a 10 pound 11 ounce largemouth was brought in by Chase Carter and Adam Sansom of the North West Georgia Anglers for the largest bass ever weighed in a Bassmaster High School open event.

In 2015, Soddy Daisy High School’s Elijah Cartwright and Jacob Thomas dropped a five fish limit worth 32.59 pounds on the scales to win the inaugural title.

“It was the largest Bassmaster high school state event when it started, and it’s grown each year,” states David Lowrie who serves as Bassmaster’s Tennessee High School Director.

“As a state director and high school coach, I know how exciting it is for team to carry the belt for a year.”

Lowrie knows this first hand as his team of Kyle Ingleburger and Kyle Palmer won the 2016 event with 29.57 pounds to take the championship belt back to Grundy County High School.

But it’s not the belt or the bass that brings scores of volunteers from CATCH Ministry to support and help organize the event.

“For us, it’s about sharing the gospel for us.  We’re just excited to be able to have an impact and make a difference in these young lives,” says CATCH Ministry’s Kevin Johnson

“These kids are worth the effort and that’s why we do what we do,” adds Keith Gombash of CATCH Ministry who as the event’s stage announcer, knows how to bring out the Elite Series Pro in all competitors – even the shy ones.

Dayton is also the perfect place for families coming to support their favorite high school angler.  Since the first Battle of Chickamauga Classic in 2015, there has been over 13 million dollars in private capital invested in lodging and dining alone.

“We are always excited to have high school anglers and their families stay with us,” states Van Meter Hotels COO Nathaniel Eastwood.  “These events have a positive impact on our community.”

Registrants will also receive an $8 voucher to use at participating restaurants.

There will be a mandatory Safety and Rules meeting at Point Park on Friday, April 26 at 7pm .

Register or learn more about the TowBoatUS Battle of Chickamauga here. Learn more on their Facebook page or by contacting Dennis Tumlin with the Rhea County Economic and Tourism Council at 423-775-6171 or dennistumlin@rheacountyetc.com.